While the coronavirus COVID-19 has been stabilizing in China, the rest of the world is still grappling with unknowns. This is especially true in the U.S. In this short Q&A, Teresa Kong, Portfolio Manager, provides her market insights.

Can you provide an update on the implications of the coronavirus?

As of today, there are nine confirmed deaths in the U.S. If we apply the approximate global fatality rate of 1%, it would mean that a ballpark figure for the number of infected has to be close to 1,000 cases, not the officially confirmed cases of approximately 100. This means the U.S. likely has a much higher rate of infections than has been diagnosed. The worry is that the policy and public health measures to come might well be more severe than what the general public population is expecting. As test kits become more widely available to health professionals, the U.S. will have to brace for a material rise in the numbers infected. The implication is likely to be more containment measures, either explicit or implicit that will impact U.S. economic growth.

What might be behind today's Federal Reserve rate cut?

With this emergency cut of 50 basis points (0.50%), the lower bound of federal funds rate is at 1%. This means that the Fed only has 100 basis points (1.0%) of ammunition between now and the next recession—that is if the Fed is serious about holding the line at 0%, and not letting rates go into negative territory. If we look at Federal Funds Futures after the cuts, it›s still pricing in three more cuts. So either the Fed is looking at an imminent recession or it might have wasted valuable ammunition. The timing of this action today, instead of just waiting a couple of weeks for the scheduled Fed meeting is what spooked the markets. Deploying cuts now, before fundamental data, before widespread public health actions, is being interpreted negatively by markets.

What has been the impact on currencies?

Interestingly, as U.S. equities have been selling off, the U.S. dollar has been weakening. This is likely due to the U.S. interest rates falling much faster than the rest of the world, compressing nominal rate differentials, which is a key driver of short term currency moves. Over the next few quarters, the direction of the U.S. dollar will depend on the differential in growth of the U.S. relative to the rest of the world. If China is successful in stimulating its economy while the U.S. slows, then we might see stronger Asian currencies relative to the U.S. dollar.

What has been the impact on credit markets?

Liquidity channel—Unlike China where the government has already instructed banks to just blanket roll over short-term debt, no other jurisdiction can ask for that level of forbearance of their banks. This means that access to funding could be problematic for firms that need working capital. This is a global problem and might in part explain the pre-emptive rate cuts by the Fed.

What actions have you been taking on your portfolios?

As bond investors, we are constantly looking out for asymmetric opportunities to the upside. Since the beginning of the year, we've adjusted the portfolios on the margin to take advantage of some opportunities created by the coronavirus. For example, we are finding good opportunities in convertible bonds that are priced below their bond floor. In other words, receiving a credit spread that is higher than a plain vanilla bond of the same issuer. In these cases, the potential for upside far outweighs the downside risk, which is underpinned by the value of the bond floor.

From a risk management perspective, we are revisiting borrowers that are most vulnerable operationally and financially. The combination of high operating leverage and high financial leverage is the kryptonite of high yield borrowers. These companies are most susceptible to sudden stop of capital from lack of market access. Given the current outbreak, the most vulnerable industries are travel, airlines, and commodity linked companies like oil service providers. 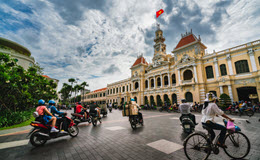